Who wants to join my countdown to the 5000th entry? 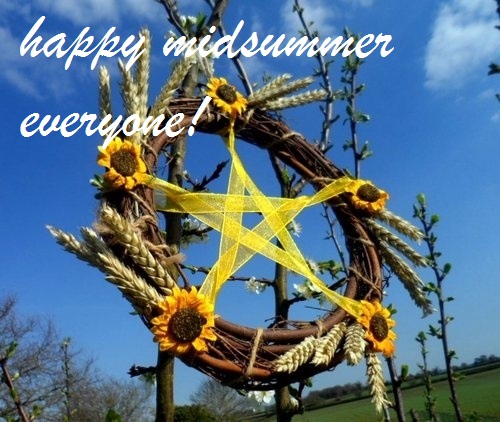 Last night I had three nice dreams, and every single one of them turned into a nightmare.

In the first dream, I was roommates with a transman and a transwoman who were married and conceived magical babies that turned out to be mermaids that could turn their colorful scaly tails into two short, plump legs any time they wanted.
In the dream, we lived together in a house in leafy suburbs in the Bible belt of the States, where the couple tried to keep their relationship, sexual orientation, gender identity, and most of all, their otherworldly babies as a secret.
But then one of the neighbors, a violent homophobic man, found out and attacked us. He grabbed me and started pushing his fingers into my crotch, and I retaliated by biting his fingers off. I woke up with a start, and it took me a while to catch my breath and realize it had been only a dream.

I fell back asleep again, and had a dream where me and my mother visited a factory where you could purchase either assorted candies or linen products made by Marimekko and Finlayson.
At first, I thought of eating lots of candy; there were huge housefly- shaped marshmallow- wine gums, and big chocolate bars, but considering that linen products are more useful, I went for them instead and got an Unikko- patterned tablecloth.
In the dream, the factory looked like one of those art nouveau apartment houses that are usually found in downtown Helsinki, and it was illuminated by lasers and UV lamps, but otherwise it was dark.
The dream turned into another nightmare; there were young boys stuffing their faces with candy, and one of them played a prank by locking us in the room. I got steaming mad and bashed his head in with a wrench, and then I realized that I had killed another person when I gave in to my anger, and I hid his dead body into a linen cupboard.

I had another dream where I was in the same street where my family lived before I turned ten years old. In the dream, it was a hazy and dusky winter evening, there was powdery and shimmery snow everywhere, and I found plenty of 1980’s VHS cassettes in the snowdrifts.
But that dream turned into another nightmare, I ended up in the train station that was about less than hundred meters away and there were headless bodies and furious stray dogs, and when the train arrived, it ran over a kitty cat who had ended up on the rails.

Then I had the usual dream where I took some classes in high school, even if I have already got my diploma, but I did it to appease my mother. I guess that was a nightmare as well.

I got up at half past nine o’clock in the morning (09:30 am); I still felt like sleeping all the way to noon, but I was done with having nightmares.

I took my morning medicine, brushed my teeth, washed my face and neck (my skin has started breaking out, I have a cluster of six whiteheads on my jawline), put lotion on my skin, rubbed Bemetson into my scalp, and dressed up into a tricot blouse with horizontal black and dark turquoise stripes, and a dark blue cotton pinafore with embroidered flowers.
At some point, I should take the dress to the dressmaker to have the stiff metal zipper replaced with a plastic one.

Granny had bought the same brand of oatmeal porridge flakes that I have, the ones with flax-, pumpkin-, and sunflower seeds. I made some porridge in the microwave, sweetened it with frozen blueberries, and drank three mugs of cocoa.

After breakfast, I started feeling sleepy so I took a long nap. I wondered why I have been such a sleepyhead for the past week, is it because I don’t exercise enough? Or because I have stopped guzzling coffee by buckets every day?
After getting up, I drank one cup of coffee in order to pep myself up, and then I went for a short walk in the natural park. I had a good time, but I was still bothered by the delusions.

Once back at granny’s home, I surfed on the internet, called my mother for a little chitchat and to remind her that she had, at some point, promised to pay for my ticket to the musical Cats, I will go see it in the late autumn this year when it comes to Helsinki.

For lunch, we had salmon fillets and salad. For dessert we had coffee, and lemon meringue ice cream.

The weather is very unpredictable today; first it rains, then the sun comes out, then it rains again and thunder rolls.

One of granny’s neighbors came over for a little chitchat, meanwhile I did the face, neck, and foot exercises and some simple stretches in granny’s bedroom that is usually my domain when I go for a sleepover at her home.
I have started doing foot exercises every day, along with other exercises like some simple stretches.
I have decided that next time when I visit her, I will take my gym clothes along, and perhaps purchase a membership card for the local municipal fitness center.
This week is more like a vacation because of the Midsummer holidays, and that’s when the fitness center is closed.

In the evening, we had supper; salmon and beet soup, and salad.
I took out the biological waste, and then I went walkabout around the local church and the burial site.

Once back at granny’s, I found the LadyShaver that granny had misplaced. She told me I can keep it, which is good because I need to shave my armpits. I have usually shaved them at my parents’ home, using my mother’s shaver, but now they’re getting bushy again.

In the evening, I took my medicine, had a wash, and then I went to bed.

Tomorrow the Midsummer holidays will be over, and there won’t be any bank holidays until Halloween. I will go visit the library, and go for more walks, and I will go to the supermarket to buy a packet of AA batteries for the LadyShaver, and cocoa powder.

Monday, June 26th:
I will go visit the local library, as it is opened after Midsummer. I will also go shopping at the supermarket, I am going to buy cocoa powder and AA batteries.
I will do the usual things when visiting my grandmother; go for a few walks, and do the face-, neck-, and foot muscle exercises.

Tuesday, June 27th:
I will receive the weekly allowance. I will order myself an online ticket to Helsinki, and pay a commission to a friend.
I will also go to the local art museum, and continue doing the exercises and go for walks.

Wednesday, June 28th:
Nothing special yet, I will probably go to the local art museum again, do the exercises and go for walks. I also have to pack my luggage, and remember to set my smartphone alarm to wake me up tomorrow morning.

Thursday, June 29th:
I will take an omnibus to Helsinki, it will leave at half past seven o'clock in the morning (07:30 am).
Once back home, I will unpack my suitcase, wash laundry, wash the dishes, clean out the fridge, and go shopping for necessities; I need a new toilet brush, rubber gloves for washing the dishes and another pair for doing general housework. I purchase those things on the last "payday" of the month, except that I already have a spare toothbrush and a dishwashing brush.
In the afternoon, I will go to Girls' House. There is a special sleepover for women over 18 years old, Mirette will be there as well.
I will bring my own hygiene products (toothbrush and toothpaste, basic lotion, face wash), my nightie and Dosett and diary and laptop, and perhaps some treats.

Friday, June 30th:
I will go back home from Girls' House, and do the same housework I do every Friday; take the sheets off my bed and replace the towels, and wash them together in the laundry. I will take my mattress, blanket, and pillow to the balcony to freshen them up, and in the evening I will hoover the mattress and bed and put fresh sheets into the bed. I also need to take out the recycling, and scrub the bathroom.

Saturday, July 1st:
I will go to Helsinki Pride march with my friends.

Sunday, July 2nd:
I will help Mirette with her move.
In the evening I will go visit my parents. After that, I will go to the gym.
Collapse