I stayed awake late into the night. When I finally fell asleep, I had all kinds of dreams.

I got up in the morning, took my morning medicine and freshened up and put on clothes.

Later the day, my friends Eleclya, Odessa, Riga, and Suavecita came for a visit.
They brought some of their old clothes and stuff, we looked through the heaps of stuff to find something for us. We drank coffee and ate treats. I ate a whole bag of Skittles.

Me and Eleclya went to visit Suavecita; before that, Suavecita advised me to change clothes; I was wearing a pink and purple striped pyjama romper, and Suavecita made me wear a black lacy miniskirt and a black shirt with glittery roses and the text "Rock 'n roll saved my life".

I waited in Suavecita's car and listened to the Ramones song Beat on the Brat on repeat on my Spotify app, while the others went to the shopping mall to recycle bottles and buy groceries.

We went to visit Suavecita's uncle, who lives on the same street as Suavecita and her dad. We petted his dog, and brought some groceries into his kitchen. Then we went to Suavecita's home.

Me and Eleclya were scared witless of Jofa, Suavecita's German shepherd dog that barks like mad and bites everyone.

Suavecita made us French fries for dinner. I also drank cocoa and Dirty Chai tea, and ate cheese and tomatoes.

I had taken along my laptop so I could use Suavecita's internet.

Later the evening, Suavecita drove us to Stone City. Me and Eleclya travelled to Stick City, and I had to put on my raincoat so I wouldn't feel uncomfortable in my revealing clothes.

We ran into Odessa, and the two went to their own homes and I travelled to mine.

Once back home, I put on my nightie and went to bed. I had taken my evening medicine at Suavecita's home.

I plugged my smartphone into the recharger, and wrote the missing entries into my diary.

I was pretty happy today. The only bad feelings were being scared of Suavecita's dog, and being disgusted when Eleclya told me about this sick movie named Tusk. And when I travelled on a train late in the evening, it reminded me of when I was harassed on the same place at the same time.
I had to break up with a friend who kept on sending me text messages every night, it made me feel uncomfortable.
Otherwise, I have pretty much learned to deal with my feelings.

Last night I had a dream about the TV shows Doctor Who and The Worst Witch.

I woke up early, and the first thing I saw was that the outside world was bathed in weird red sunlight. I guess it was a sign that it was going to rain later.

I fell back asleep, and got up later when it had started raining.

I drank my morning coffee, and then I took a shower and washed my hair. I dabbed lotion on my skin, and dressed up. Then I cleaned my teeth, and cooked oatmeal porridge for breakfast.
I washed a load of laundry.

After finishing my breakfast, I headed to Pearl House. I travelled to Pole City and walked to the house.
I had a good time using the Internet, but I got bored when I had to wait for someone to go to the shops to buy milk for the coffee.

I logged in to my online bank account just for the fun of it, and what do you know, my balance was 118 euros! I had received the weekly allowance from the social office twice. I paid for my gym membership fee, and then I was off.

I travelled downtown and bought a big bar of chocolate.
I travelled to Hometown, and met one of my friends on the train. I had a good time talking to her, even if she was feeling a bit ill and looked tired. I hope she feels better soon.

Once in Hometown, I went to the supermarket and bought a roll of plastic trash bags, a roll of biodegradable trash bags, a clementine, two tomatoes, an apple, a box of dark grapes, a box of raspberries, two packets of rye bread, and a birthday card for a friend.
I also recharged my travel card for two weeks.

Once back home, I put everything to their rightful places, and then I was off again.
I went to the supermarket to buy a roll of plastic trash bags, a toilet brush, and a cucumber. Then I went to the utilities store to buy two scrubbing sponges.

I went back home, and put the stuffs to their rightful places, and then I was off once again.

I went to the post office, and mailed a bunch of greeting cards.

I went to the library to sit around, read books, and write into my diary. Both of my magic ink pens ran out of ink, so I borrowed a lead pencil.

Once back home, I watched Transformers: Robots in Disguise on my smartphone Netflix app late into the night. Then I started feeling a bit psychotic, and decided to go to sleep. 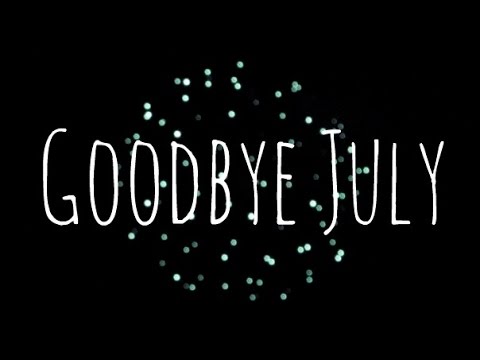