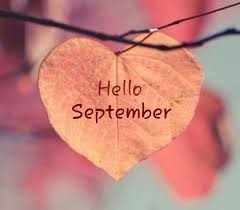 I can’t help wondering, what is wrong with me since I keep on questioning sleep almost every night? I have taken my evening medicine at full dose, and still stay awake all night. Do I exercise too little? Do I have too many distractions in my home? Does cocoa have caffeine in it? Why don’t I just start feeling tired after I have stayed awake for almost two full nights? Is it possible to get a psychosis or die if you stay awake for a full week? Can sharks live in lakes?

Anyway, in the small hours I got up and took my morning medicine and biotin supplement. I changed the towels and washed three loads of laundry; this time I washed them at the full setting, not the quick 30 minutes & 30 degrees setting. I also sorted out the trash.
I also washed my blanket because it was stinky, the other laundry was my everyday clothes, underwear, and last week’s towels.

I got dressed and put lotion on my face. It looks as if most of the red flaky blotches have gone off.
I also put my hair on a braid; it’s greasy but I don’t feel like washing it yet. I also shortened the uneven strands on my fringe; no matter how neatly it’s cut at the hairdresser, it’s always uneven.
I also put on a necklace, earrings, and bracelets, but later I took the bracelets off because they bother me when I work with my hands. I decided to donate all my bracelets to a charity shop.

After the last load of laundry was done, I took a catnap to sleep off the sleep debt and until my head stopped pounding.
I headed out; I went to the library to do my daily charitable work, then I went to a health shop and bought four packages of ecological pocket tissues.

I took a bus to downtown and went to two ecological shops. Then I went to the modern art museum to look at the new exhibition; there were two works of art that I remember seeing at the same museum during my teenage years. Weirdly enough, they didn’t provoke as much emotions as I would have thought; back then I used to think I would die out of pure sorrow, knowing that once the exhibition is over, I would never see them again.
I took a train back home.
Once there, I took the laundry downstairs to the drying room. I had also washed my blanket, because it was starting to get a bit smelly.

I took my mattress, pillow, and spare blanket to the balcony to freshen them.

Later in the evening, I took a train and then a subway to downtown because I was going to a Venetian party. I met Mirette at the subway station.
I sat on the granite blocks by the sea, writing into my diary, listening to the little kids screaming and the drunkards brawling, and shooed away the bugs that were attracted by the light emitting from my smartphone.
About at 9:45 pm the fireworks started. Some kid said, “The Chinese people were very wise for inventing gunpowder!” and another said, “It’s like Death Star exploding!”

After the firework show, Mirette and Perry showed up. He drove me to the bus station, I wanted to take a bus back home but there were lots of passengers waiting to get aboard and the buses that arrived were already brimming, so I waited for the third bus, petted a cute dog, and chitchatted with the other women at the bus stop.

When the bus finally arrived, I got a seat. I traveled back to my hometown and listening to music on my Spotify app.
Once at the bus station, I noticed that there were plenty of loving couples cuddling in public.

Once at my home, I made a dash to the bathroom because I had to pee. I took my evening medicine, changed into a fresh nightie, and went to bed, still feeling like I don’t feel like sleeping.

Tomorrow I will go to the library, then I will go visit my parents. I will walk there and back.
I will call my granny; we have already agreed that I am going to come for a visit on the first Friday of October.
My father will give me the weekly allowance, I will buy laundry detergent and a bar of soap.
As for housework, I need to wash more laundry and also take out the recycling.

Last night I stayed awake all the way to two o’clock in the morning because I suffered from insomnia, or as I like to call it, questioning sleep.

I managed to fall asleep and had dreams about nice things. I got up at four o’clock in the afternoon.

I took my morning medicine and biotin supplements and got dressed.

I called my mother and asked her if I can come over, she said I can.

I took a bus to my parents’ home. My mother answered the door, dad was also home.

Then I went back home. I washed a load of laundry and put my shopping to their rightful places.

I took out the recyclable waste, and then I took a shower and washed my hair and used the new bar of soap.

I called my granny, we talked about what we have been doing and how the weather has been. We agreed that I am going to visit her in October.

Monday, September 2nd:
I will pay my membership fee for the physiotherapist company.
I will go to the anniversary party of Fountain House.
I might also go to the aquarium downtown.
I will go to the library for the charitable purposes.
I need to fetch the laundry from the drying room.

Tuesday, September 3rd:
I will go to Twinkle cafe.
After that, I will go see my mother, so she can give me the weekly allowance. I will buy all of September's birthday and name- day cards and proper stamps for them.
I will go to the library for the usual reasons.

Wednesday, September 4th:
I will have an appointment at the hospital where my mother birthed me, so I can have a mammogram.
I will go to the library.
In the evening, I will have an appointment with a dentist. Before that, I will brush my teeth properly. I will have the molar on the right side of my upper jaw fixed, the filling has been chipped. I will also ask about cleaning my teeth, and if my tongue is alright because it's yellowish- white.

Thursday, September 5th:
I will go to the youth group at the local church, and I will also visit the library.

Friday, September 6th:
I will receive the weekly allowance from my guardian of interest. I will order a few tubes of Nuud deodorant from their official website.
I will have an appointment with my own nurse at the psychiatric center.
In the afternoon, I will go to the physiotherapist company to have a facial massage.
I will buy the weekly amount of groceries.

Saturday, September 7th:
I will do the weekly housework, and visit the library.

Sunday, September 8th:
I will go to the library.
I will go visit my parents, my father will give me the weekly allowance.
I will call my granny.
Collapse