Last night I had a dream about stuff I don't remember anymore.

I woke up early, but continued sleeping. I woke up to the feeling that my calves were itching, so I got up and went to the bathroom to put lotion on my skin. I also took my morning medicine and the first biotin supplement of the day. I did the everyday skincare routine and got dressed. I forgot to put on deodorant, but I put on a necklace and earrings into my ears.

I called my mother and asked her if I can come over and pick up the allowances, she said I can.

I took a bus to my parents' home, my mother answered the door. She gave me some cash.

I drank orange juice and coffee, and ate chocolates and cherry tomatoes.

I caught another bus back to my hometown, and went to the supermarket to buy a can of juice and three Bueno chocolate bars for Mirette.

I flossed and brushed my teeth and did a little bit of this and that.

Suavecito arrived two hours late, as usual. He brought Karelian pies.
He drove us to the recycling center in east, I went there as well, and bought a cute tin box, two badges, and a gift for Zoya.

We arrived to the hospital about three hours late, one of Rige's roommates had been worried that we had been in a car crash.

Rige gave me a bracelet and a Valentine's day card and a tangerine and some candies. We went to the hobby room to drink coffee and talk.
In the room next to the hobby room, there was a isolation room. There was a man who kept on banging the walls and screaming, Rige banged the opposite wall and screamed back. We tried to warn her, that she might end up in the roon as well, but she didn't listen.

I learned that a friend of Rige's had been beaten to death by three men. Rige and Suavecito called his father and gave him his condolences, and Suavecito agreed to go to his funeral. I thought he might start crying, he sure looked that way. I didn't know this friend too well, but all lives lost to violence are lost in vain.

Later that day, Suavecito drove us back to my hometown. We went to Burger King, I got French fries, a big halloumi burger, and spring water.

I went to the supermarket and bought face mask, face serum, and face cream. I went to my home, put all my new belongings to their rightful places, and tidied up a bit.

Later Mirette came home as well, we picked up our sleepover stuff and went to the train station. The train was late, but we made it to Mirette's home in time.

We went to the sauna. I washed my armpits, they smelled of death because I had forgot to put on deodorant. I also washed my hair, it had got greasy.

Once back at the apartment, Mirette got annoyed because her tabletop computer didn't work. I volunteered to go back home and pick up our laptops, but she declined because it wa sgetting too late.

We shared a chocolate- flavored coconut milk, and cleared up the bed so we could sleep on it.

Tomorrow morning Mirette has to leave early because she will go out for errands. I will order a ticket to Kustom Kulture show, and also order some stuff from an online shop.
I will go shopping and buy the rest of February's birthday and name- day cards and postage stamps, and also a teeth whitening pen.
If the movie Cats is shown tomorrow, I will go see it; if not, I will go see the movie Jojo Rabbit.

On Saturday, I will do the weekly housework; take out the recycling, clean up the bathroom, change the towels. Me and Mirette will go to Kustom Kulture show, and then we will go to a free concert.

On Sunday, I will help Mirette take her bags and stuff to her new apartment. I also have to remember to call my granny. 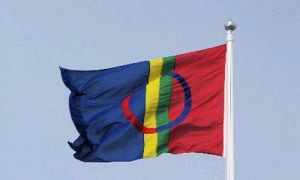 May there be eternal respect between nations!